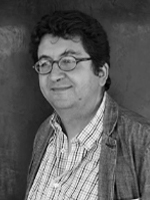 Hicham Falah, director of photography, author-director, producer and programmer.
A graduate from the Louis Lumière Film School (Paris) and the New Sorbonne University (Paris).
Since 2008, he has been the artistic director of the International Women’s Film Festival of Salé (Morocco) and, since 2012, he has been the general representative of the International Documentary Film Festival of Agadir (Morocco) and the training and artistic support programmes of the festival, addressed to up-and-coming Moroccan and African filmmakers: the FIDADOC documentary BeeHive, its Pan African writing residency and the Agadir Produire au sud workshop organised in collaboration with the Three Continents Festival (Nantes).
In 2018-2019 he designed and launched Sisters in Film, a programme to empower female filmmakers from the MENA region in the framework of the MedFilm UNESCO programme, co-funded by the European Union.
Since 2019, he has been in charge of the artistic coordination of SENTOO, a Pan African programme to support cinematographic creation and south-south co-productions, initiated and piloted by the Film Centres of various countries in North and West Africa. 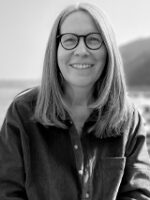 Jane Mote is Consultant Editor at The Whickers documentary film fund that supports and nurtures first time Directors from across the world. She also mentors documentary makers at story labs in South East Asia, Japan and South Korea. Jane is a journalist and former head of BBC London, who worked in senior roles in television for decades including as the UK MD for A Gore’s documentary channel Current TV. She is now Director of beechtobeach where she recently produced and co-directed the documentary My Bones Are Woven and trains people to make professional films on their smartphones. 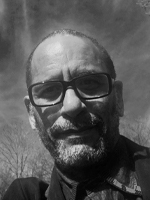 Ricardo Acosta is a film editor, script consultant and member of the Academy of Motion Picture Arts and Sciences and the Canadian Cinema Editors. Acosta moved to Canada from his native Cuba where he studied and worked at the world-renowned Cuban Film Institute (ICAIC). He has been an Alumni and Adviser of the Sundance Institute’s Documentary Editing Lab, and the Music Composition and Sound Design Lab. A few of his editing and story consulting credits include: “Once Upon a Time in Venezuela” (2020), “The letter” (2019), “The Silence of Others” (2018), winner of GOYA, ALMA, and the Berlinale Panorama Documentary Audience Award, “Sembene!” (2015), and “Marmato” (2014). His films have premiered at Sundance, Cannes, and IDFA, among other world film festivals. He is an Emmy winner and nominee for the Canadian Industry Genie and Gemini Awards, Canadian Film Editors Association Awards and Canadian Screen Awards. 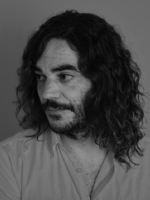 A graduate in Audiovisual Communication and History of Art from the University of Seville, he studied art and cinematographic scriptwriting in Florence and Barcelona.
To date, his work as a producer has been noteworthy for his exploration of the idea of a threshold. He has created frontier or limbo work on a physical, metaphorical and symbolic level, ranging from documentary works to experimentation.
In 2010 he received the INJUVE award for visual arts. Since then he has worked on the direction team of several national and international full-length films.
Since 2014 he has been part of the production company La Maleta Films. His first full-length film “Barzaj” was premiered at SEFF in the New Wave Section and received the DELUXE award for best Spanish director. It was premiered and awarded prizes at renowned international film festivals such as IDFA (Official Section), IndieLisboa (Official Section), FIDBA (Special Mention, new narratives) and Alcances (award for best film) among others.

“Un día Lobo López”, a full-length musical documentary premiered in the New Wave Official Section (non-fiction) of the SEFF, is his latest production.

At present he is preparing the full-length films “El Eterno Retorno” (award for development in Abycine Lanza) and “Claros de bosque”. 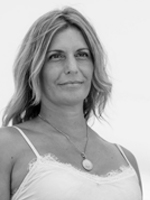 ARTS MANAGER AND AUDIOVISUAL AUTHOR.
Her activity is in the field of the creation of exhibition and development spaces for cultural authors and producers from Ibero-America; interacting with professionals from different artistic disciplines, as well as programmers, critics, thinkers, educators; and maintaining a close relationship with some of the main actors in the institutional fabric of Spain and Latin America.
She has lived in Madrid for two decades, working in the coordination and construction of spaces for the creation and promotion of art, using different formats and technologies.
She is the head, among other programmes, of the course for the development of Ibero-American audiovisual projects run by the Ibermedia Programme since it was created in 2003, and director of Márgenes/Work, a development and production space for new cinematography at the Márgenes Festival, Madrid, and the RAW residency programme with the DocLisboa Festival, Portugal. She is also part of the artistic direction of the Documenta Madrid festival.
After several short films, in 2020 she presented her debut as director, Crónica de una tormenta, with Clara Lago and Ernesto Alterio. Prod. Tornasol Media (Spain) and Aleph Media (Argentina). Selected for the official competition section at the 2020 Málaga Film Festival, and currently on Movistar+.

At present she is preparing her next film Todo lo que puedas imaginar. 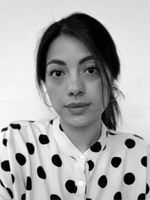 Originally from Mexico City, Yvette has more than ten years of experience in film distribution and sales, as well as in the coordination of film festivals and forums. She worked at the Mexican Film Institute where she served as Head of the National Festivals and Events Department, Coordinator of the Semana de Cine Mexicano en tu Ciudad Program and later as Assistant Director of National Promotion.
Since 2019 she has lived in Madrid where she completed a master’s degree in Film Industry Management and collaborated with the distribution company BTEAM Pictures and in MestizoLab, Mexico-Spain Co-Production Forum. She is currently in charge of acquisitions at Feelsales, an international sales agency focused on documentaries and short films, and Latin American and European cinema.