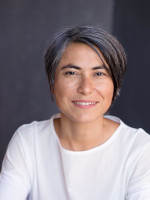 Since 2000, Tenerife Film Commission has been working to promote the island as a place to shoot and develop audiovisual projects.

In addition, the island has a spectacular variety of landscapes, qualified and experienced professionals and a great climate all year round (average temperature 23ºC). It also offers advantages for creating audiovisual businesses: a 4% corporate tax rate through the ZEC and the HPC-Teide supercomputer, the second most powerful in Spain, ideal for post-production and animation.

At the Tenerife Film Commission we offer producers the necessary information and contacts to make filming or creating their company on the island easy.